Spring begins with the vernal equinox on March 20 at exactly 7:21 P.M. EDT.

The vernal, or spring, equinox is the point at which the Sun appears to cross the celestial equator from south to north, signaling the beginning of nature’s renewal in the Northern Hemisphere. The word “equinox” is derived from the Latin for “equal night” and is used now because the days and nights are of (nearly) equal length. Enjoy the longer days!

In winter, I get up at night
And dress by yellow candle-light.
In summer, quite the other way:
I have to go to bed by day. 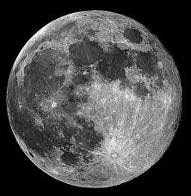 As the temperature begins to warm and the ground begins to thaw, earthworm casts appear, heralding the return of the robins. The more northern tribes knew this Moon as the Full Crow Moon, when the cawing of crows signaled the end of winter; or the Full Crust Moon, because the snow cover becomes crusted from thawing by day and freezing at night. The Full Sap Moon, marking the time of tapping maple trees, is another variation. To the settlers, it was also known as the Lenten Moon, and was considered to be the last full Moon of winter. This full moon and whatever you want to call it is the last moon till 2029 which will be this close to the earth.

So cloudy last night I was unable to see the moon at all. Must look at pics others were able to take of it. Did you actually get outside to see it, Cita?