A Poem I Read Often

When things go wrong, as they sometimes will,
When the road you're trudging seems all uphill,
When the funds are low and the debts are high,
And you want to smile, but you have to sigh,
When care is pressing you down a bit-
Rest if you must, but don't you quit.

Life is queer with its twists and turns,
As every one of us sometimes learns,
And many a fellow turns about
When he might have won had he stuck it out.
Don't give up though the pace seems slow -
You may succeed with another blow.

Often the goal is nearer than
It seems to a faint and faltering man;
Often the struggler has given up
When he might have captured the victor's cup;
And he learned too late when the night came down,
How close he was to the golden crown.

Success is failure turned inside out -
The silver tint in the clouds of doubt,
And you never can tell how close you are,
It might be near when it seems afar;
So stick to the fight when you're hardest hit -
It's when things seem worst that you must not quit.

The cucumber is a type of melon and comes from the same family as watermelon, zucchini and other squash. It is cylindrical in shape with lengths of approximately 6 to 9 inches. Its skin is very similar to watermelon, ranges from green to white. Inside, the flesh is pale green and very juicy.

The cucumber is a tropical plant but is also easily available in most part of the world. However, in some cultures, cucumber is more often used to make pickles, of which most of its nutrients would have been lost.

The inside of a cucumber is about 20 degrees cooler than the surrounding temperature. That makes it a natural for beautifying the face, along with the magnesium, potassium, vitamin C and other nutrients contained cucumbers contain. Also, they are 96 percent cool water.

Try placing a slice of cucumber on each eye and rest for 15 minutes if your eyes are puffy. Cukes can banish dark circles under eyes, too, and tighten sagging skin. Combine a grated cucumber with a half cup of milk and refrigerate for 30 minutes. Then spread the resulting paste under your eyes and let it stay for 20 minutes. Rinse with cold water. It works and is much cheaper than those pricy cosmetics sold to take off years from your face.

Skip the mouthwash, too. Cucumbers tame bad breath. Press a slice or two to the roof of your mouth with your tongue and hold for 30 seconds. The phytochemcials in cucumbers will kill the bacteria responsible for causing bad breath.

It is now know cucumber can help counter uric acids that are causing inflammation in joints. When cucumber is taken it does it's cleaning work at the joints, thus stirring up pain as it eliminates the uric acid.

When there is a sunburn, make cucumber juice and rub it on the affected area for a cooling and healing effect.

So can I ask... have you had your cucumber today?

When Are Tomatoes Ready?
• A ripe tomato is firm and only slightly soft.
• If your tomatoes fall off early, place them in a brown paper bag with an apple.
• To store ripe tomatoes, place them in a cool, dark place in a single layer with the stem up.
• Never place tomatoes on a sunny windowsill to ripen; they may rot first.
• Never refrigerate tomatoes. Doing so spoils that garden tomato taste.

Since soon I am going to be inundated with tomatoes I thought I would post this little bit of knowledge.

We have so far been enjoying the yellow cherries, beefsteaks, best boys and the funny ones with the orange stripes on a red background. Geez, I wish I would have label them all then I would have known the names of them to tell you and others.

I am woman hear me roar.... I am wise but, it's wisdom borne of pain.
Yes, I've paid the price but, look how much I've gained.
If I had to, I can do anything.
I am strong, I am invincible, I am woman.

Thank you to Helen Reddy.
Posted by Phiddy at 6:20 PM 2 comments:

Hello? Anyone Out There Still?

I have been granted my permanent residency to stay in Canada.
And, with that being said, I am totally whacked.
I started working and I have been working two jobs.
Both were part time until this week and one became full time.
There are just not enough hours in the days anymore for all I am doing.
Two jobs and the part time job of canning the very prolific garden.
Whew, I am beat. I fall into bed and when I awake....
I wonder where, what, when and who I am. Am I crazy?
LOL.
Bear with me please.
Once things settle down I promise I'll be blogging again. 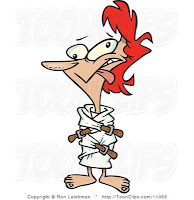