I had a crash on my computer couple of months ago and like everyone said and I didn't take notice of.... "do yourself a favor and backup your files".
Well I didn't.
It took me forever and a day to rebuild the computer from the ground up.
(You're looking at someone who has never had any training in doing this sort of thing, so I had my work cut out for me.)
I thought thru the crash and burn scenario and then the entire rebuild that somehow, someway I had been able to save some of my files.
It took me a long time to figure out yes they had gotten saved and then took another long while to find where those files had gotten stored. Just a couple of days ago I found my pictures.
Most important to me were the pictures.
They say a picture speaks a thousand words.
Whoever "they" is... they are right.
I was going thru those pictures and came upon some shots of last year's garden.
Man oh man does it look lush and healthy.
I am starting to get excited about this year's garden. 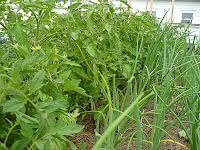 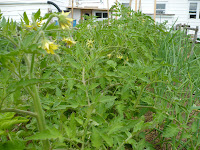 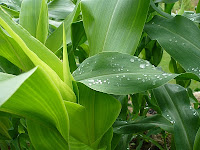 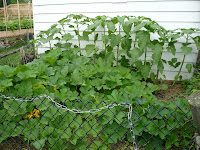 Doesn't it look good? I only hope this year's garden follows in the same vein.

PS Seedlings under the lights now include; cabbage, brussels sprouts, marigolds, peppers, swiss chard, another type of pepper, dill and parsley. Ground is tarped where we will be tilling for some in-ground gardens. We will be doubling our garden space this year. I must be mad to do this I keep telling myself.
Posted by Phiddy at 10:21 AM

Mad in the finest definition of the concept tho, Cita. What better way to spend the seasons that with your fingernails dirty and fresh zucchini even your dehydrator has seen enough of for the year !~! I love you and hope that gardening fills some spaces for you.