Thanks to: Maureen Wilson from Made by Marzipan
Posted by Phiddy at 9:12 AM 1 comment:

18 Steps to Becoming More Self Sufficient


The more you can take care of yourself, the better off you’ll be physically, financially, emotionally and even spiritually. Here are 18 ways to become more self-sufficient while you still can:


1) Get a small solar system that can be used to run a laptop or recharge batteries
2) Drill a water well and install a hand pump or solar-powered DC pump
3) Set up a rainwater collection system or barrel
4) Stash some cash
5) Own and know how to use a water filter
6) Start a garden this spring and acquire more food production skills
7) Save garden seeds so you can plant the next generation of food
8) Acquire a wood-burning stove for heat and cooking
9) Possess a large quantity of stored food; enough for at least 90 days
10) Get to know your local farmers and ranchers
11) Store up valuable barter items that are relatively cheap today: Alcohol, coffee, matches, etc.
12) Safely store extra vehicle fuel (gasoline, diesel) at your home or ranch
Be sure to use fuel stabilizers to extend their life.
13) Learn emergency first aid skills and own first aid supplies
This could save a life or possibly save a trip to the emergency room.
14) Start growing your own medicine
Plant and grow aloe vera, oregano, garlic, cayenne pepper and other medicinal herbs that can replace a surprisingly large number of prescription drugs. Oregano, for example, is a potent antibiotic. Aloe vera treats cuts, scrapes and burns.
15) Own emergency hand-cranked radios so you can tune in to news and announcements

16) Boost your immune system with vitamin D and superfoods
17) Increase your level of physical fitness
18) Learn how to raise animals such as rabbits, chickens, goats or cows.
Posted by Phiddy at 12:47 PM No comments:

Dr. Martin Luther King Jr.
Born: 15th January Atlanta, Georgia, USA
Died: April 4th, 1968 Memphis, Tennessee.
Known For :
Dr. Martin Luther King Jr. is best remembered as one of the most influential civil rights leaders in the United States during the 1960s. Some of his most remembered moments include participating in the Montgomery Bus Boycott in 1955 and his "I Have a Dream" speech at the 1963 March on Washington. Dr. King was assassinated on April 4th, 1968 in Memphis, Tennessee.
Posted by Phiddy at 6:00 AM No comments:

For the past couple of years as I have blogged, I have written of things to make at home. Food of course but,also common articles found around the house.  I have done this to make life easier, to be "green" and protect Mother Earth, to end our use of unwanted chemicals in household products, to lower the cost of an item, oh, just lots of reasons. In that vein, here's another one of those back to basics postings. 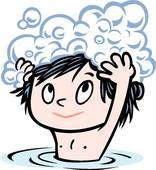 Posted by Phiddy at 6:58 AM No comments: 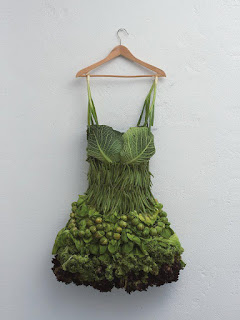 Wondering how hard this would really be to fashion out of garden produce? It looks like it is made from cabbage leaves, green beans, brussels sprouts, spinach and finally kale around the hem. Oops forgot the green onion spaghetti straps. And, the vegetarian in your life would be so excited over this!
Posted by Phiddy at 8:42 AM 1 comment:

This is Why I Love Birds


This little parakeet is talking to this very patient cat as the he/she preens the cat. Listen for the words.
Posted by Phiddy at 7:23 PM 1 comment:

Moon on the Move and Other Star News

The third week of January offers a simple yet fascinating project as you watch the Moon move across the sky.

On the 14th, the Moon will appear as a thin crescent in the southwest in the constellation Aquarius.

The jackpot comes on the 21st. On this night, the Moon (by now 78% illuminated) is part of a spectacular display as it passes very near the planet Jupiter.

And, in other star news;
An astronomical troublemaker will pass just a few million miles from Earth early tomorrow. Planetary scientists will keep a close eye on it to see if there’s any chance at all of it causing real trouble in a couple of decades.
The asteroid was discovered in 2004. Early measurements of its orbit indicated there was a small chance it could hit Earth in 2029. So its discoverers named it Apophis for a pair of mythological troublemakers — an Egyptian god of darkness and destruction, and the main bad guy in the early seasons of the TV series “Stargate: SG1.” Since then, the asteroid has spawned a legion of doom-and-gloom web sites.
Apophis’s orbit crosses Earth’s orbit, so Apophis periodically passes close to our planet. Tomorrow, for example, it’ll be less than nine million miles away. And it’s big enough that if it were to hit us, it would cause widespread devastation.
Soon after its discovery, though, better tracking of its orbit ruled out any chance of an impact in 2029. But it left a tiny chance of an impact seven years later — less than one in a hundred thousand.
The longer astronomers look at Apophis, the more accurately they can predict its exact location in the future. So each time the asteroid is in good view, it’s being tracked by both optical and radio telescopes. Those continuing observations are expected to rule out any chance of an impact in the next few decades — holding an astronomical troublemaker at bay.
Hope this never comes to pass....

A Year of Beginnings

Here's to a new year. A year of hope. A year of beginnings. A year to end all years. Or, not.
But, as I sat here thinking over the last nine months of my life and how the cancer diagnosis destroyed
my safety and security... I know I want something. What that is, I am unsure of.

Cancer brought new words into my life. Words I hope no one ever has to hear spoken about
themselves. It brought strange and sometimes difficult emotions to roost in my head. It brought never ending worrying. Pain. Misery. But, I digress. It also brought good things to me.

My two sisters and I became closer. Via the magic of Skype. You see they live thousands of miles away.
But, they were here with me every step of the way with my fight against cancer. Keeping tabs on me. Calling when they hadn't heard from me for a couple of days. Loving me and holding me up to the goodness of the universe. They were and are magnificent people.

My hubby, Mark, was here every day. Helping me in the ways only he could do. He was my rock and my stability. My go-to-guy for just about everything.

And, the surprise of surprises.... I made a new friend. One who has become very dear to me. She was a work mate when this all started. Now that it is over and done with  (and yes it is done!!!!!!!!!), she is one of my dearest friends. She took over most all of the driving to and from the big city for my radiation treatments. For two long months we rode back and forth and back and forth on a daily basis. Never once did she accept money for the gas she was using. She was calm, gentle and always there for me. What a wonderful gift of friendship I got with this deal.

I don't know why I am being so introspective today. Maybe it's the quietness of this morning.... Maybe because it's finally hit home I am not sick anymore. But, whatever it is doing this.... I am glad to be alive. Living my life once again.