Making Your Own Beauty Treatments

Posted by Phiddy at 5:55 AM No comments:

Making Your Own Ice Packs

To make your own ice packs, you'll need two Ziploc bags (they can be the thin sandwich style, but they will last longer and be more durable with the freezer style Ziploc bags), water, and one quarter cup of rubbing alcohol for each ice pack you are making.

When you notice the mixture leaking out of the inside bag, you can easily transfer it into a new set of Ziploc bags.

I have done this for a long time. They conform to most body parts, are small enough to tuck away in a corner of the freezer and are cheap to make.

Posted by Phiddy at 5:41 PM No comments:

Making Your Own Clothes Soap

The ingredients you need to make this recipe are: water, washing soda or pool pH adjusting soda, Borax, Dawn dishwashing liquid, grated hard soap and water. Any hard bar of soap will work. Some people use Ivory. What I used for this particular recipe was a "laundry bar" that I purchased specifically for this application. I grated the soap bar by hand, but you can use a food processor. Most recipes do not use Dawn dishwashing liquid but I have read that it makes a big difference in the grease cutting and stain removal power of the detergent, so I added it.

You can add some fragrance oil, if you want to. I left mine unscented.

You will need a large bucket. This recipe makes 10 liters, so you need a bucket that will hold that much and some, so you have room to stir vigorously. You will also need a large pot for the stove top and something that measures 1/2 cup.

This is the simple recipe:

Bring a quart of water to boil on the stove in a large pot. Add all ingredients except the Dawn, slowly while stirring well. Stir in the boiling water until very well dissolved. Pour into bucket.

Add enough water to bring the amount up to 10 liters and stir vigorously until well blended. Let sit overnight. This should be a gel by the next day. Add 1/4 cup Dawn dishwashing liquid and stir vigorously. If you add the Dawn with the rest of the ingredients, it stops it from gelling as much as it should. Add fragrance oil at this time. Pour into usable size containers. Shake before using. Add 1/4 - 1/2 cup of this to a laundry load, depending on size of load.

It was quick, easy and cheap to make! I will find out very soon how well it works.

Save $$ and Make Your Own Suet

Melt lard and peanut butter. Add sugar to the melted mix and stir well. Add oats, cornmeal, flour, birdseed and cracked corn. Mix well and pour into large cardboard orange juice cartons with the top cut off. Chill or freeze. Slice into blocks to fit into suet feeders. You can also stuff toilet paper rolls or paper towel rolls for easy slicing to fit into the suet feeders with round 1-inch holes.

Thanks to My Country Blog of This and That for posting this.

Posted by Phiddy at 7:48 PM No comments:

The Start of Self Sufficiency


This is an easy way to get started on the road to self sufficiency. And, it's the way we started. Our 13 different types of fruit trees are just now starting to produce for us.
Posted by Phiddy at 9:35 AM No comments:

My Thoughts on Organic Foods

At some point in the past few years I’ve become very aware of what we eat and what we’re exposed to on a daily basis. Maybe it’s the talk about pollution, or the constant recalls of commercially produced foods and prescriptions, or the possible long term health effects of eating antibiotic laced and hormone injected meat…the list goes on. Whatever the reason, I’m aware and trying to reduce my and my family's exposure.

So, where to start? How about FOOD! There are so many different aspects of food toxicity. I will break it down including the points I find most important for me in a few different posts so check back for the rest.

So, what is Organic?
To produce something organically it must be grown/ produced without antibiotics, hormones, synthetic pesticides, synthetic fertilizers, irradiation or genetic engineering. Organic farmers have strict guidelines they must adhere to regarding water conservation, soil management, and the humane treatment of animals.

The Benefits:
The are a wide array of benefits from eating organic. There are added nutritional benefits:
Organic produce can have up to 40% higher levels of some nutrients according to a 2007 study done in the United Kingdom. A review of nearly 100 studies in 2008 by the Organic Center concluded that organic plant-based foods are generally more nutritious than their non-organic counterparts. You’re also supporting air quality and reducing your negative imprint on the environment. In all likelihood you’re also supporting a small, independently owned or, better yet, a local family owned farm. (Hey there Heritage Harvest Farm!)

The Toxic Stuff:
Pesticides: According to the EPA pesticides may be carcinogens, pose a threat to the nervous system, and/or affect the hormone or endocrine system. On top of the pesticides that are used in our country, some pesticides which have been banned in the USA are still used regularly in other parts of the world. We then import this produce and are still consuming those nasty pesticides. This is yet another reason to buy local.

Antibiotics: We all know the detrimental effects of overusing antibiotics in humans; we hear it all the time- superbugs. Health officials are concerned about a trickle-down effect of handling and eating antibiotic laced animal products as well. A large portion of commercial farmers regularly give livestock doses of antibiotics, whether the animals are sick or not, to prevent diseases from spreading.

Hormones: Animals are regularly pumped full of hormones to speed up growth making the animal grow faster and larger than it would naturally. We then eat their meat, drink their milk, or consume some other form of animal based product. The effects of these growth hormones on humans may cause early onset of puberty, increase cancer risks, and cause hormonal imbalances.

It’s my understanding that the potential risks have not been conclusively linked to the use of pesticides, antibiotics, and hormones in our food supply but there is substantial evidence pointing in that direction, just do some research if you’re skeptical. And what’s even more alarming is that the effects of these substances are magnified in children.

The downside to eating organic is felt in the pocketbook. It’s pricier, especially when it comes to animal products. We’ve greatly reduced the amount of store bought meat we consume. I have a local farm who I do buy most of my meats from now. We have an ever expanding garden and dreams to one day provide a home for some chickens or, goats. Oh and also this year I plan on starting to fish again.

My thought is this- Why expose myself and my family to these potential risks when they can be easily avoided? In time, I’m sure the true, long lasting effect of what we’re doing to our food sources will be fully known. In the mean time, it’s your responsibility to know where your food is coming from, how it’s grown, and what is in it because you are what you eat!

Making Your Own Hand Lotion 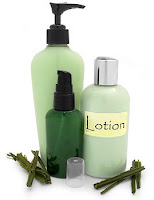 If using scent, shake well several times a day for two to three days before giving or using. If using a fragrance, pick one that smells good combined with roses because of the rosewater.

Don't use metal containers or utensils; they taint the lotion and change the acidity.

Glycerin, rosewater, and vitamin E oil are available at most drugstores. Essential oil fragrance are available at specialty fragrance, bath or herb shops. One tiny bottle costs a few dollars and will scent many quarts of lotion.
Posted by Phiddy at 9:32 AM No comments:

I know I have been extremely lax when it comes to posting on this blog. Sorry folks.

But, I am just exhausted. I have worked most of the holidays just past. Who says time and a half is a great thing? It's the only thing that made the working the holidays better.

Don't get me wrong... I love my job. I love what I do and who I do with it with. Thank goodness for my co-workers. They are pretty spectacular people.

Hopefully this new med will help and I'll be back on my game soon. 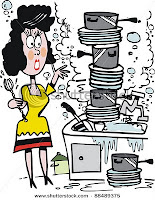