Covid be damned. Go away and to never return. Yeah right. Not going to happen anytime soon,
Posted by Phiddy at 5:40 PM No comments:

It's been quite awhile since I have really liked anything new music-wise.
Is that a word? Music-wise. Well, auto correct didn't highlight it. So I
guess maybe it is.

Anyway.... heard a song on the radio last night. Middle of the night.
About 2 am or, so. It caught my attention immediately. First off, I
was thinking, is this Paul Simon? I thought I knew most, if not all of
his music. Because I really like his music. I grew up listening
to him and Art Garfunkel for years. Ninth grade was the beginning
of being a fan. Bridge Over Troubled Water. Remember that one?

Well he's at it again. His newest album, Stranger to Stranger is
out. And, it's got some great music on it. There is one though....
it's so compelling and it's got quite the ear worm hook to it. Here
it is. Let me know what you think.

Lately we have been hit every week with some really nasty winter weather. This is after having a brown Christmas and a very mild January. And, then came February. Ha!

We broke a record two weeks ago for snow amount in one day that had held since 1895! We got dumped on with over 2 feet of snow. And, the world stood still. It was incredible. I am originally from Vermont and, I don't remember ever getting that snowed in.

Though there was the time in New Hampshire way back in the mid 70s when the police had to come and take me to work. I worked the overnight shift in a small hospital and I was 50% of the staff. I had to get there. It was more like a blizzard than a snow storm. Any number of cars and trucks were in the ditches that night. This was the first and only time I have ever ridden in a cop car. I swear it!

One week ago we had freezing rain, followed by snow and then freezing rain again. My one thought was there was hopefully not enough weight on the power lines to bring them down. Down they came all around us but, this time we were spared. We didn't loose power.

The thing with loosing power is we are not set up for it. When the power goes out we lose water as we have a well pump which runs with electricity. A pellet stove with an auger motor that moves the pellets down into the firebox and it has a motor which runs the fan to push the heat out of the box. Oh and a couple of space heaters. When it's cold outside, it's dangerous in the house as the heat dissipates quickly. (When finances lighten up a bit, we're buying a generator.)

This morning I woke to an ice skating rink for a driveway. The ice glistened off the trees and many branches on the cedars fell from the ice weight. One of my clients had to stay home as the buses were not running. I spent a good portion of my morning handling the fall out.

The driveway was a mess. I slid only once leaving the house's drive. The plows had been out by the time I hit the main roads. They were pretty much cleared off. Surprises of surprises, my own driveway was worse. I ended up backing in and as I hit the ice.... the truck went sideways. Ha ha ha. That was fun only because I was safely home. I got the truck turned around and parked and went inside. Slipping and sliding all the way as I walked to our front door.

Now the future doesn't look all that great. There's a major low pressure system coming at us from Texas. Shit. We're looking at probably 10 to 15 inches of snow. With periods of freezing rain. Oh goody sometime tuesday night into wednesday.

I am sincerely and truly over winter this year. I think if it had been spread out more over the past couple of months, this wouldn't feel as bad as it is. One good thing..... Spring is March 21st. That's only 21 days away. I hope Mother Nature decides to cooperate. 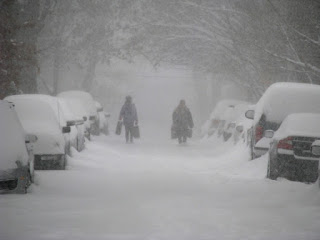 Why is it that during the dead of winter is when all of our biggest problems occur? I know to some of you, you won't understand what a well pump is or, does. It's part and parcel of our rural life. It brings the water from our well into our house. It's life living outside a city with water mains and water costs.

Our well pump which was near to 40 years old finally gave up the ghost. This was about 2 weeks ago. The pump whenever water was run in the house would cycle on. Then in less than 5 seconds would cycle off. Then on, then off. You get the picture? Oh and let's not talk about what that was doing to our hydro (electric) bill.

The tank that was our reservoir had become water logged. The tank had no holding capacity any longer. Alongside that most of the connections were starting to leak. And, with those leaks there was rust happening. BAD RUST! Look at this picture. I wasn't exaggerating. 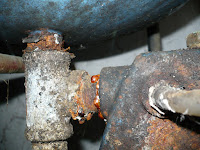 So I bit the bullet. Went online and learned how to hire a plumber. Thank you to Angie's List where I found a written article about things to ask, notice and request when talking to a plumber. I asked around to friends and co-workers for recommendations for a "good" plumber. I found one.

Yesterday for 4+ hours the plumber was here in my house. Working. And, working hard. I watched and learned. Should anyone ask... I would recommend this plumber and his plumbing company in a heart beat. Hey and he even cleaned up after himself. That's not a bad thing in the least.

Here are the result of the plumbers visit. I won't mention what it cost because it had to be done and it was well worth the peace of mind I once again have about our water systems. 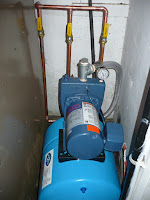 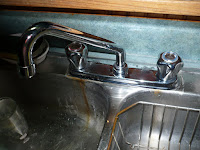 Did I not tell you I also got my kitchen sink faucet replaced at the same time? You can see the rust stains on the sink from the previous faucet's leaking. The poor plumber had to saws-all the old one out as the bolts underneath the faucet were rusted so badly he couldn't get them to move at all. Sigh... no job in this house has ever been easy to do. 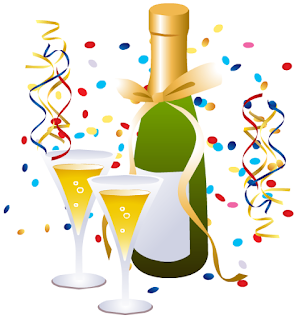 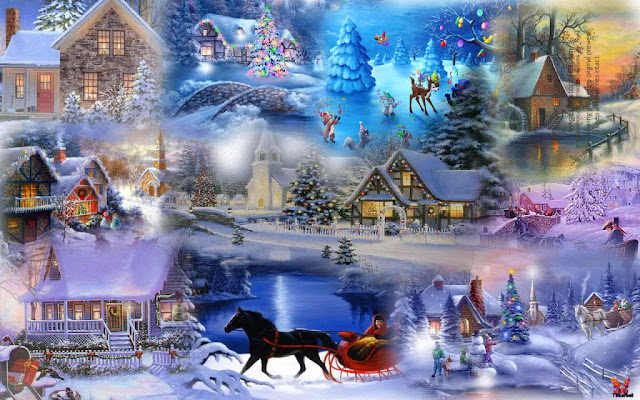 Merry, merry Christmas to all my friends and family wherever you are this year.
Posted by Phiddy at 7:48 AM No comments: 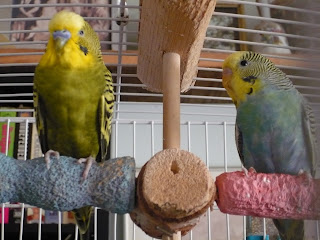 That's her on the right side of this picture. The pretty little blue one.
We will miss her dearly.
She was a sweet friend to all of us,
Mark, Gracie, Sonny, Lucky
and me.
Fly again sweet Sally. 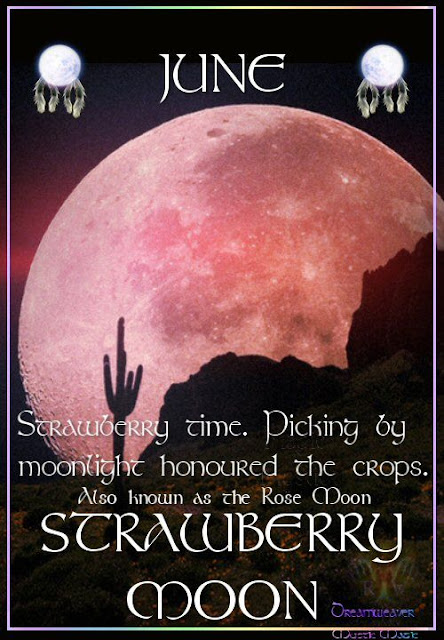 I am very pleased to say I have finally joined a dog rescue. It's a long story how it came about but, I will try hard to shorten it for your reading pleasure.

Here is the story of my start;

I saw a post on Facebook about 4 dogs in Mexico who were being shipped here to Canada so they would have a chance at a forever home. The post went on to say these dogs needed someone who was flying back from Mexico to be on the same plane with them. One of the many nurses I know was going to a wedding in Cancun. She was agreeable to help out. Well.... there was a snag in this plan. Air Canada wanted too much money to ship the dog. So the offer fell thru. But, the story ends well.....there were enough people who were traveling via other airlines and there was even someone who paid all the airfare for one of the dogs and.....the dogs all got to Canada. Since this happened, all the dogs have been either fostered out or, adopted.

Thru this one incident I started writing to the woman who started this rescue. One thing lead to another ( I offered my help) and I joined the rescue whose name is the title to this post.

My heart is swelled well beyond it's normal size this morning.... I was able to do some fund raising for the group and will know I have helped the dogs. My eyes are tearing up. 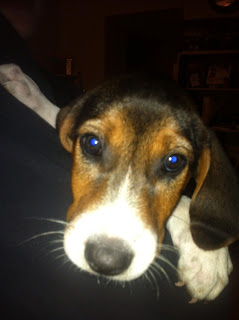 Posted by Phiddy at 8:51 AM No comments:

What a wonderful world.....

I love this rendition of this song.